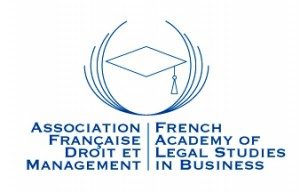 Social issues and fundamental rights occupy an increasingly important space in the governance of today’s companies. Private enterprises assume an increasingly active role not only in a given economy but also in society as a whole. Firms become themselves citizens. They recognize and support civic engagement by the men and women who work for them. Historically, the role of the modern firm that resulted from the Industrial Revolution has been torn between two opposing viewpoints.

According to the first approach, a firm’s single function is to produce goods and services as result of a combination of productive factors (in particular capital and work). Shareholders and workers may fight to defend their own interests, in particular the distribution of profits. Paradoxically, this « classical » conception is held by capitalists and most liberal authors, who both stress that corporate profits are intended to be distributed to shareholders and that firms must be managed in the formers’ interest, as well as by the mainstream theory of Marxism.  The later did not expect to be able to reform an intrinsically contradictory and therefore condemned capitalist economic system, but relied on a political revolution instead. Consequently, the firm is a mere economic instrument and eventually will be subject to regulatory constraints (such as social security law, tax law, public health law, etc.), which is intended to preserve general and collective interests and is imposed by government authorities.

According to a competing viewpoint that emerged in the nineteenth century under the influence of rather heterodox economic and political currents (socialism and reformist trade unionism, social Catholicism/social doctrine of the Catholic Church, certain liberal authors, etc.), the firm assumes a more comprehensive role. Companies may become the place of a rich social, cultural, sporting, political or even spiritual life. Workers are welcome to campaign within firms, employers to assume social responsibility (also known as paternalism) and all parties (which will later be referred to as « stakeholders ») to contribute to social progress. The firm is seen as a space of sociability, personal and collective development, and democratic expression. In this context, the State is only one among several actors who create the rules that govern and steer firms. Civil society, investors and social partners may legitimately take initiatives and coproduce economic and social rules, through legal instruments such as collective agreements, voluntary commitments, codes of conduct, self-regulation, etc.

More recently, the tension between the two viewpoints described above continues to exist, and in some respects, has been accentuated. Dominant liberal thought, expressed in particular in the analytical framework of micro-economic theory (agency theory, property rights approach, etc.) defends an approach where the firm is reduced to a nexus of contracts managed by executives whose mission is to run the firm in the interest of its shareholders who are described as its owners. According to this view, the social interest is reduced to the common interest of shareholders (shareholder doctrine of corporate governance). Conversely, various ideological movements (such as e.g., New Governance,, “School of Rennes”, “Second Left”, “Christian Democrats”, “Third Way”, “stakeholderism,” or Elionor Ostrom’s approach to “governance of the commons”) have challenged this vision of the firm. They suggest an institutionalist approach, where the firm constitutes foremost a collective project. The corporation exists independent from its owners. Hence, the social interest of the firm is not the sole interest of its shareholders but the common interest of a multitude of « stakeholders ». The firm can strive not only to grow economically and maximize profits but also to mobilize the men and women who work for it, to defend and promote other than economic causes. Social transformation encompasses individual and collective claims as those represented in fundamental rights and liberties, which, therefore, are no longer limited to traditional social and trade union rights.

The intensity of challenges today (global warming, technological revolution, geo-political and inter-community tensions, increasing socio-economic inequalities, etc.), on the one hand, and the advancement of the rule of law in developed societies, on the other hand, currently seems to favor the second path. Hence, the question is how to respect and recognize fundamental rights within private firms and how to turn companies into a force of social change. Some legislators seem to accept the challenge, for example, by imposing a duty of vigilance on companies, or by attempting to redefine the corporate purpose.

These developments are prone to upset traditional balances and modes of operation within firms. The symposium to be held at the Conference of the French Academy of Legal Studies in Business proposes to examine challenges and manifestations of this transformation.

We welcome theoretical and/or practical contributions from a wide variety of disciplinary perspectives (such as law, management sciences, ethics, or transdisciplinary contributions) and invite papers that provide insights into, but not limited to, the following topics:

– The practice of fundamental rights and freedoms within firms, such as respect for privacy, personal data protection, freedom of expression (free speech), religious freedom, and non-discrimination

– Voluntary policies to protect minorities (e.g., persons with disabilities, ethnic minorities, etc.) or to support equality, such as equality between men and women, or equal rights of all employees regarding the right to strike

– The social and solidarity economy

– Social dialogue and democracy in the firm

– Romantic and family relationships in the workplace

We plan on publishing the best papers presented at the symposium in a leading management science and law journal.

Proposals should be submitted in the form of an abstract in Word format (5,000 characters maximum accompanied by key words) and should indicate principal methodologies used, as well as the main issue addressed in the paper. Proposals may be in French or in English.

Full-text submissions must comply with the following guidelines: